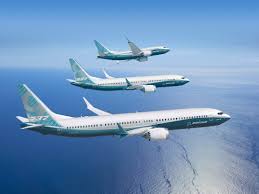 After large aircraft accidents within 5 months, Boeing 737 max 8 has been grounded in almost all nations at present. Boeing, being one of the leading aviation industries had to ground its new plane and a question sprouts on everyone’s mind that why did it happen? This article is about the reason why Boeing 737 max 8 was grounded.

First of all, let’s talk about the plane crashes. On October 29, 2018, Indonesian Lion Air Flight 610 from Soekarno–Hatta International Airport in Jakarta to Depati Amir Airport in Pangkal Pinang crashed into the Java Sea 12 minutes after takeoff. All 189 passengers and crew were killed in the accident. Later on March 10, 2019, Ethiopian Airlines Flight 302 from Addis Ababa in Ethiopia to Jomo Kenyatta International Airport in Nairobi, Kenya, crashed six minutes after takeoff near Bishoftu, killing all 157 passengers and crew aboard the aircraft. It was suspected that there is relationship between these two crashes and it was indeed found that both crashes were caused due to the failure of MCAS system( Maneuvering Characteristics Augmentation System).

Now what is this MCAS system? The Maneuvering Characteristics Augmentation System (MCAS) is a feature of a Boeing 737 MAX flight control system that attempts to mimic pitching behavior similar to the Boeing 737 NG, especially in low-speed and high angle of attack (AoA) flight. It adjusts horizontal stabilizer trim to bring the aircraft nose down when it detects that the aircraft is in imminent danger of entering an aerodynamic stall, based on input from airspeed, altitude and angle of attack sensors. Because of erroneous data from AoA(Angle of Attack) sensors, the MCAS system kept on nosing down and therefore pilots struggled to control the plane.

Here is an image that shows the flight data of Lion Air Flight 610. As you can see here how the aircraft is nosing down itself due to MCAS system.

Now here is the most stunning fact, the pilots and airliners were unknown about the existence of MCAS system until the Indonesian crash. It was told that this new plane had no major changes in the flight systems and pilots weren’t given additional training. The existence of MCAS system was revealed after the first crash and pilots were then given training to override the MCAS system. However, while flying at low altitude it will be sometimes too late to override the system when the aircraft is nosing down.

Why was the MCAS system needed? Well this was obviously because of fierce rivalries among two aviation industries Airbus and Boeing. It was around 2010 when Airbus introduced A320 neo, an upgraded version of its popular aircraft A320. The upgrade included new geared turbo-fan engine which was larger in size and had better fuel efficiency. Despite increasing the engine size, the aircraft design was more or less same and thus no additional pilot training was required. Since this aircraft consumed less fuel, the demands increased and Airbus started winning the race. Now Boeing had to do something to remain in the race. So they also decided to upgrade Boeing 737 series. But there was a problem!

The problem was in the initial design of Boeing 737 aircraft. If you compare the structures of A320 and Boeing 737, you can see that there is not enough room for larger engine under the wing of Boeing 737.

So they came up with a plan to shift the position of engine a bit higher and you can observe that the tip of engine is at higher position than the wing. This design indeed had side effects. The side effect is that at high altitude the aircraft had greater angle of attack which caused the plane to stall.

In order to solve this problem, Boeing introduced MCAS system to automatically nose down the aircraft when angle of attack became higher. There was obviously need for additional pilot training but Boeing hid the existence of the automatic system and declared there was no need for additional training.

Now here are some information regarding groundings.Ethiopian Airlines grounded its fleet on March 10. The Civil Aviation Administration of China ordered all MAX aircraft grounded in the country on March 11, stating its zero tolerance policy and the similarities of the crashes. Most other regulators and airlines individually grounded their fleets in the next two days.On March 11, the FAA issued a Continued Airworthiness Notification to the International Community (CANIC) for operators. The CANIC set out the activities the FAA had completed after the Lion Air accident in support of continued operations of the MAX and listed the 59 affected operators of 387 MAX aircraft around the world.

In a nutshell, race for money became the cause of deaths of people in the crash. FAA is also getting questioned about how the aircraft was certified though it had faulty system. Pilots, airliners and people are asking the question about why Boeing hid the existence of MCAS system. There are still many unknowns about those crashes but one thing is sure that this aircraft is going to be grounded for a long time now.

For more information regarding Boeing 737 Max grounding you can visit this Wikipedia link.

Are you an aerospace aficionado? Then check out this post on avionics. http://geniuserc.com/aircraft-avionics/