D’Alembert’s Paradox and its Resolution Explained.. 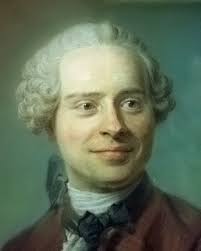 A paradox is a logically self-contradictory statement or a statement that runs contrary to one’s expectation.  If you are studying aerodynamics or fluid mechanics, you must have at least heard of D’ Alembert’s paradox. What is this paradox? How is this paradox resolved? Do read this post to find the answer.

Also check out this amazing post Vorticity and Circulation: Equations and Physical Significance

What is D’Alembert’s Paradox?

In fluid dynamics, d’Alembert’s paradox (or the hydrodynamic paradox) is a contradiction reached in 1752 by French mathematician Jean le Rond D ‘Alembert. D ‘Alembert proved that – for incompressible and inviscid potential flow – the drag force is zero on a body moving with constant velocity relative to the fluid. Zero drag is in direct contradiction to the observation of substantial drag on bodies moving relative to fluids, such as air and water; especially at high velocities corresponding with high Reynolds numbers.

This paradox arises from the potential flow theory for inviscid, incompressible and irrotational flow. According to the potential flow theory, different elementary flows can be superimposed to visualize complex flows. To take an example, the combination of uniform flow and doublet flow gives the non-lifting flow over a circular cylinder as shown below;

From the figure above it is quite clear that the flow is smooth and symmetrical in both upper and lower half of the cylinder thus creating no lift. Similarly, the flow is also symmetric on both left and right half of the cylinder and that leads to zero drag. Does this mean that the inviscid and incompressible flow over a cylinder creates no drag? Something must be wrong with the potential theory.

Now let us take another example of a lifting flow over a cylinder. Maybe if there is finite lift, there will be some drag too.

D’Alembert encountered this problem in the year 1744 and it has been known as the d’alembert’s paradox ever since. D’Alembert, working on a 1749 Prize Problem of the Berlin Academy on flow drag, concluded:

“It seems to me that the theory (potential flow), developed in all possible rigor, gives, at least in several cases, a strictly vanishing resistance, a singular paradox which I leave to future Geometers [i.e. mathematicians – the two terms were used interchangeably at that time] to elucidate”

Zero drag is in direct contradiction to the observation of substantial drag on bodies moving relative to fluids, such as air and water; especially at high velocities corresponding with high Reynolds numbers. Therefore, engineers doubted the credibility of theories in fluid mechanics which resulted in an unfortunate split – between the field of hydraulics, observing phenomena which could not be explained, and theoretical fluid mechanics explaining phenomena which could not be observed. In essence, D ’Alembert’s paradox was one of the greatest obstacle in the development of theoretical fluid mechanics.

Right now, anyone can tell that the drag is due to viscous force. However, potential theory is clearly based upon the assumption that the flow is inviscid. In other words, the potential theory is not totally wrong. If we consider a flow with very high Reynolds number, the flow must be nearly inviscid and hence should produce negligible drag. In a real experiment, the drag is substantial even for high Reynolds number. This is why d’alembert’s principle became a great headache for researchers.

Many researchers and mathematicians tried to resolve this paradox. Among them, Prandtl’s thin boundary layer theory is believed to be the most satisfying resolution to this paradox. The German physicist Ludwig Prandtl suggested in 1904 that the effects of a thin viscous boundary layer possibly could be the source of substantial drag.

Prandtl put forward the idea that, at high velocities and high Reynolds numbers, a no-slip boundary condition causes a strong variation of the flow speeds over a thin layer near the wall of the body. This leads to the generation of vorticity and viscous dissipation of kinetic energy in the boundary layer. The energy dissipation, which is lacking in the inviscid theories, results for bluff bodies in separation of the flow. The low pressure in the wake region causes form drag, and this can be larger than the friction drag due to the viscous shear stress at the wall.

Due to the thin boundary layer and flow separation the actual flow over cylinder is somehow like shown in the figure below;

Prandtl’s thin boundary layer theory is the huge breakthrough in the fluid mechanics and aerodynamics. It is amazing that a thin layer is actually responsible for substantial drag on a body while the flow outside that layer has no significance on the drag. In this way, Prandtl managed to resolve the paradox which lasted for more than a century and revolutionized fluid dynamics and thus he is known as the father of modern Aerodynamics.

Also check out this post related to CFD analysis and steps involved http://geniuserc.com/introduction-to-cfd-analysis-and-steps-involved/

Do follow this Wikipedia link to learn more about D’ Alembert’s paradox https://en.wikipedia.org/wiki/D%27Alembert%27s_paradox