Mithila Art: History and its Evolution 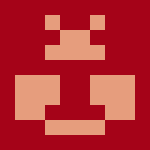 One of the exciting things about any culture or art form is that it travels through borders or boundaries and has the capacity in it to enchant people irrespective of their origin , caste or religion by its sheer creative brilliance and craft . Probably , this might be the reason behind the saying ‘Art has no religion , no boundary ‘.

The northern part of Indian territory and the South-East region of Nepal is entwined by one such incredibly authentic culture and history. Divided by the borders of two countries politically , the art form and culture is united due to their combined history and mythology . The art form mentioned here is called as ‘Mithila Art ‘ ,an ancient art that has not only survived the test of time but also evolved beautifully over the time due to its authenticity and traditional values among the Mithila community.

Also check out this post about Nepal-India Relationship http://geniuserc.com/nepal-india-relationship-the-ins-and-outs/

As the books of history dictate , Mithila was , thousands of years ago, a country of  highly educated Maithili speaking people . The then ruler of the country was highly revered King Janaka , who himself was inclined towards art , culture and tradition .  The authentic and culturally rich art , that had its own type and style , is today called as Mithila Arts.

Mithila art has always been a vibrant artwork produced by Maithili women since the 14th century and till today , it is passed from generation to generation as an inseparable part of the culture. For preserving and promoting the ancient art form , the former capital of the kingdom of Mithila , which today is known as Janakpur, has succeeded and excelled.

Mithila art form is not associated with any political or geographical unit . Rather , it is used as a means of celebrating our traditional folklore as a fluid medium of culture. The art form has always been unique in its capability of incorporating social values and cultural existence along with the decoration and creativity. It stands as the voice of rural women in a patriarchal society .

The history about the advent of Mithila art is less known and debatable . Some mythological books cite the 14th century as the beginning of Mithila art. It is believed that this art was first originated during the time of Ramayana when the marriage of Lord  Rama was celebrated with the daughter Sita of King Janaka. It is said that King Janaka, the ruler of the region, commissioned local artists to paint and decorate the wedding venue ,with beautiful paintings , of his daughter Sita’s marriage to Rama. Janakpur, a historical city in the southeast of Nepal , was supposed to be the capital of the ancient Mithila, the kingdom that is regarded as the  pioneer in making contact with authentic and well distinguished cultures and consequently , strengthening the art form.  At present, Janakpur stands as  the centre of Maithili culture.

Over the period of time , the art form was accepted in every household .It became a celebrated part of family ceremonies, village festivals and religious celebrations in common households of the people. Irrespective of their literacy or caste, Maithili women started making this art on various occasions and the scenes in Mithila paintings colourfully started recording the female experience of life in the Terai like their  work, childbirth, marriage and the social network among village women. Even today , this art form is not only existential but  also inculcating more modern subject matters of the society such as aeroplanes and buses which are blended with traditional themes like Hindu mythology and village life in more comprehensive way.

Traditionally, Mithila art and paintings were not permanent but used as a transient form of decoration only during celebratory festivals . During those occasions ,the mud walls of village huts were painted in white and ochre with beautiful  abstract patterns and complex scenes of everyday village life depicting the reality of the society. Some houses in the villages surrounding Janakpur can still be seen with walls painted with peculiar patterns.

The culture which started off as a means of celebration slowly embellished itself in the daily life of people . It has emerged as a more natural and collectible art form recently with women artists  starting to paint on canvases of rough handmade paper that is similar in texture to the mud hut walls. For generations, this art form was used by  women to paint the mud walls of their houses with images of Hindu deities, animals, and nature—a tradition that lasted for centuries but as people started building concrete houses , the tradition has recently faded .

But, as an alternative to mud wall paintings, the arts are painted with fingers, twigs and matchsticks and also pen nibs in recent times. With the modern approach also augmented into old traditions, the art form is also painted as wall hangings, wooden stools, miniatures in paper and leaves, stone pottery, bamboo and leather goods, and applique work. Mithila art’s most famous and fascinating authentic craft by far, are its endearing paintings on paper and cloth in which the women narrate mythological and religious events.

The depicture of the art is done with vibrant and natural bright colours which are usually made using a paste of cow dung and mud to provide it with a better texture. The artists generally like to use different natural materials for their colour needs rather than using aboriginal colours such as the juice of kusum flower can be used for crimson hue, blue from indigo, turmeric extract for yellow, red from sandalwood and so on. This helps to maintain the originality  of the paintings. Similarly, the outline of the paintings mostly has its framework made from rice paste.

More often it is seen that old age traditions are lost or lose their originality due to the changing preferences but Mithila Art , on the other hand , has proved the beliefs wrong. It has been successful to withstand the test of time by being flexible enough to unify modern approach and understanding with old age traditions and values. The Mithila paintings have been able to reach different corners of the world . Due to its uniqueness and characteristically particular handwork, Mithila paintings are  exhibited in galleries and exhibitions across the world. And with the global recognition, the art has been able to give an opportunity to women and artists in impoverished rural communities .

This art form has evolved over time from being a way of decorating houses to being a folk cultural tradition to now being a popular form of art. It is now not only a form of art but it depicts the sentiments of society without using any language . The way it is able to depict both the happiness and the lamentation of a person through an art form is commendable. It is equally celebrated by the different strata of society regardless of their education , background or class. It has really been successful in conquering different boundaries.

As it is heavily influenced by culture and traditions of the Maithili families , the next gen has been equally influenced by its charm. In recent days, one of the best-known social projects for the development of Mithila Art is the Janakpur Women’s Development Centre, just south of the city in the village of Kuwa with the employment of around 40 Maithili women. At the centre, the women indulge in producing paper paintings, boxes and mirrors, screen-printed fabrics and hand-thrown ceramics. The money raised by such efforts is invested  in improving the lives of rural women. It has got national and international recognition with exhibition centres around the world .

One such story about how this generation of youth , who think more about sustainability and independence , saw this art form in a light of entrepreneurship would be worth  sharing.  A ‘Generation unlimited challenge ‘ was organised by UNDP and UNICEF in association with Kings College and Tyrocity.

Females of age  group 14 to 24 who have a business idea could participate as team or an  individual. After pre -selection ,13 teams got selected and were mentored with online workshops out of which 2 teams would be eligible for global participation. One of the teams called as ‘Mithilanan Art ‘ was successful to be in top 5 and received seed investment of NPR 1,00,000 and 3 months internship .

‘Mithilanan Art ‘ wills to give a new dimension to the scope of Mithila Arts. Its idea plans to brings the vibes of Mithila arts in digital world by customizing the folk art in the form of digital stickers to use in the instant messaging applications like WhatsApp and Viber. Likewise , digital media stickers can be used to promote campaigns and be linked to business firms.’