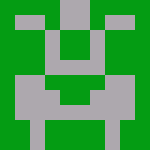 Nepal has never been an independent country to be honest. It’s just a weak bubble of pride that we Nepalese carry as a defense or as a futile attempt at salvaging some pride. We were ruled by Ranas and the Shahs until recently. A family owned regime is far from the concept of independence.

Then it was crippled by years of political turmoil followed by a decade stretched civil war and then plunged back into political turmoil. This has shaped the whole political culture and conscience of Nepalese people. It’s well established from history that when people’s voice is drowned for too long, a rebellion usually follows. Similar was the occurrence in Nepal’s case as well. But sadly for them, they have yet to reap its rewards. Though it would be an understatement to say that things haven’t changed. People have achieved a certain level of freedom but the scar of being suppressed for too long is still visible.

India is also one of the cheapest Asian countries to visit in 2020.

With recent developments in Kashmir and the right wing Hindu nationalist government in power, the legitimacy of that statement is becoming dull each passing day. That is at least what the liberals and left centered think tanks voice out. Symphony of democracy or chaotic tandav whatever the present Indian Union may be seen as, there is no doubt as to what potential it carries and how vital it is for the regional growth and stability of the Indian sub-continent.

With over a billion people, stable political scenario and very few indigenous ideas at place, India is a beneficial market for manufacturers and entrepreneurs all over the world. But it won’t be too long when India will start manipulating its economy on its own and that is when Nepal should be ever ready to cash in. The only concern is Nepalese are skeptical about any Indian involvement in Nepal. The history shows that India has inherently carried this sense of entitlement to be able to control and manipulate its neighbors. Not to forget Sikkim was seceded to India very recently and Bhutan is “almost” India as it looks after Bhutan’s foreign relations and defense. So Kathmandu should move with caution to abrogate another diplomatic catastrophe.

When talks about India arises, we either completely submerge ourselves into ultra-defensive nationalism or we portray surrender of the highest order. Diplomacy shouldn’t be black and white. We should ensure that we maintain a friendly relation with India (not brotherly or sisterly) but keep safe distance as well. In this day and age of globalization, building boarders isn’t a progressive move. In Europe, the countries don’t have boarders which has aided the cultural acceptance and economic prosperity. But same tactic would be self-destructive in case of Nepal which is exemplified by the rampant distribution of citizenship fueled by the cheap motive of vote bank politics which has already started to cause unrest among the natives.

Indian delegations around the world have jumped into the bandwagon to declare that Kashmir is its internal issue and it won’t tolerate any external interests on its in-house affairs. This is the same India which enacted an economic blockade in Nepal after Nepal promulgated a constitution which was perceived as biased by the Madhesis. India said Madhesis are of interest to them as they share culture and language to the people in its bordering states and as an act of solidarity to their protest imposed a sanction.

But India has been maintaining a hypocritical approach in similar issues. This should be a learning point for Nepalese politicians. Thanks to the brilliant web of diplomacy that India has been able to muster that despite of having committed hideous action of keeping a whole state under lock down for almost 2 months, Modi is getting international honors. So it is pretty clear the world politics has shifted back to the policy of appeasement.

Nepal can benefit from the progress of India only if it is able to maintain a strict economic policy. Since Nepal has little to none ventures in manufacturing sector, just abolishing tariffs would invite more competition to the local producers. Then there is another prospect of providing hydro-power and drinking water to India. But this too comes with the prospect of drowning Nepal into a debt trap like China did to Sri Lanka or unprecedented involvement into a sovereign nation’s matters like India does to Bhutan.

The best approach is to make Indians realize that we actually are pretty important to them. Whether or not that is true shouldn’t be of our concern. This may be seen as a far-fetched plan that sounds more like a movie plot than a sensible diplomatic move, but it is a well-established method followed by successful politicians and states. The sub conscious realization that Israel is vital to India has made even the most open minded Indians to forget the atrocities that Israel commits towards the Palestinians on regular basis. That is what we should strive for.

The bilateral relationship is begging for amendments. It has been largely unfair to Nepal for decades. China’s ambitious Belt and Road Initiative and Nepal’s alignment in accordance to the Chinese plan has been drawing attention from Delhi. Nepal should leverage this situation into transforming the bilateral ties with Delhi into a more even one. With a population bomb ticking, water crisis on the rise and a Hindu extremist, xenophobic government and a blind mob following it in place, India will need its neighbors very soon. And it’s the job of Nepalese leadership into leading them towards this tunnel where they see Nepal as one of their trusty allies.

Here is a wikipedia link for India-Nepal Relations.

One thought on “Nepal India Relationship | The Ins and Outs”