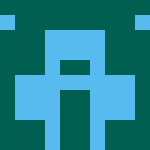 We are back again with another aircraft incident review. If you are an aerospace afficionado or love learning about airplanes, you must have heard of Lockerbie Disaster. And if you haven’t, this post is still for you.

On December 21, 1988, Pan AM Flight 103 flight of a passenger airliner operated by Pan American World Airways (Pan AM). The aircraft operating Pan Am Flight 103 was a Boeing 747–121 popularly known as ‘JUMBO JET’ registered N739PA and named ‘Clipper Maid of the Seas’. It was the 15th 747 built, and was delivered in February 1970, one month after the first 747 entered service with Pan Am In 1978. It was a regularly scheduled Pan Am transatlantic flight from Frankfurt to Detroit via London and New York.

The airplane was carrying 243 passengers and 16 crew members. Out of 243 passengers 190 were American citizens and 43 British citizens and rest of others from other different countries. 35 of the passengers were students from Syracuse University returning home for Christmas following a semester studying in London at Syracuse’s London campus. Flight 103 was under the command of Captain James Bruce MacQuarrie, an experienced pilot with almost 11,000 flight hours, of which more than 4,000 had been accrued in 747 aircraft. First Officer Ray Wagner had approximately 5,500 flight hours in the 747 and a total of almost 12,000 hours. Flight Engineer Jerry Don Avritt had more than 8,000 hours of flying experience, with nearly 500 hours in the 747.

The airplane exploded 31,000 feet over Lockerbie, Scotland, 38 minutes after takeoff from London. At 19:02:44, the clearance delivery officer at Shanwick transmitted its oceanic route clearance. The aircraft did not acknowledge this message. The Clipper Maid of the Seas’ “squawk” then flickered off. Air Traffic Control tried to make contact with the flight, with no response. At this time a loud sound was recorded on the cockpit voice recorder (CVR) at 19:02:50.

Five radar echoes fanning out appeared, instead of one Comparison of the cockpit voice recorder to the radar returns showed that, eight seconds after the explosion, the wreckage had a 1-nautical-mile (1.9 km) spread . A British Airways pilot, flying the London–Glasgow shuttle near Carlisle, called Scottish authorities to report that he could see a huge fire on the ground. Subsequent analysis of the radar returns by RSRE concluded that the aircraft was travelling at a ground speed of 803 km/h.

The bomb, constructed with the odorless plastic explosive Semtex, was hidden in a Toshiba cassette player that was stored in a suitcase. The explosion punched a 50-cm hole on the left side of the fuselage. Although the explosion was in the aircraft hold, the effect was magnified by the large difference in pressure between the aircraft’s interior and exterior, i.e., uncontrolled decompression of the fuselage.

The aircraft’s elevator and rudder control cables had been disrupted and the fuselage pitched downwards and to the left. The fuselage continued moving forward and down until it reached (5,800 m), at which point its dive became nearly vertical. The rear fuselage, parts of the baggage hold and three landing gear units landed at Rosebank Crescent.The fuselage consisting of the main wing box structure landed in Sherwood Crescent, creating a large impact crater where three homes previously stood.

The (91,000 kg) of jet fuel ignited by the impact started fires which destroyed several additional houses.All 243 passengers and 16 crew members were killed, as were 11 residents of Lockerbie on the ground. 270 casualties were done. In Lockerbie the houses were completely destroyed and its occupants were killed. Their bodies were never found. Several other houses and their foundations were destroyed, and 21 others were damaged so badly they had to be demolished.The Lockerbie residents who died were two widows aged 82 and 81, who both lived in Sherwood Crescent; they were the two oldest victims of the disaster.

On 5 December 1988 (16 days prior to the attack), the Federal Aviation Administration (FAA) issued a security bulletin saying that, on that day, a man with an Arabic accent had telephoned the US Embassy in Helsinki, Finland and told them that a Pan Am flight from Frankfurt to the United States would be blown up within the next two weeks by someone associated with the Abu Nidal Organization; he said a Finnish woman would carry the bomb on board as an unwitting courier.

The anonymous warning was taken seriously by the US government and the State Department cabled the bulletin to dozens of embassies. The FAA sent it to all US carriers, including Pan Am, which had charged each of the passengers a $5 security surcharge, promising a “program that will screen passengers, employees, airport facilities, baggage and aircraft with unrelenting thoroughness”.

According to a CIA analysis dated 22 December 1988, several groups were quick to claim responsibility in telephone calls in the United States and Europe: A male caller claimed that a group called the “Guardians of the Islamic Revolution” had destroyed the plane in retaliation for Iran Air Flight 655 being shot down by US forces in the Persian Gulf the previous July. A caller claiming to represent the Islamic Jihad Organization told ABC News in New York that the group had planted the bomb to commemorate Christmas. Another caller claimed responsibility for the “Ulster Defence League”. Another caller claimed the plane had been downed by Mossad, the Israeli intelligence service.

Abdelbaset al-Megrahi, a Libyan intelligence officer and the head of security for Libyan Arab Airlines (LAA) was arrested for the murder of 270 people and sentenced for 27 years of prison. On 29 May 2002, Libya offered up to US$2.7 billion to settle claims by the families of the 270 killed in the Lockerbie bombing, representing US$10 million per family. In 2009 Megrahi, who had been diagnosed with terminal cancer, was released from prison in Scotland on compassionate grounds and allowed to return to Libya. May 20, 2012 – Al Megrahi dies in Libya.

After looking at all these sources it is confirmed that it was not the mechanical or any other system failure that caused the accident. It was due to the bomb blasting. This suggests that the checking process in the airport should be done carefully and the equipment used should be very precise and regularly updated.