WHO IS CHARLES DARWIN? 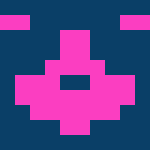 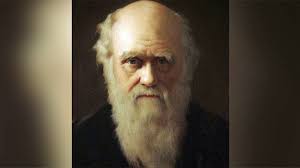 How did life originate and evolve in our planet? It is impossible to answer this question without mentioning the name of Charles Darwin. Charles Robert Darwin, one of the most dominant figures among the biologists  in the 19th century was born on 12 February 1809. He gave the theory of evolution which is called theory of natural selection ( Darwinism). Through his theory, Charles Darwin helped us to figure out how life originated and evolved in our planet. This post is about the life of Charles Darwin and his findings.

Born in 1809 in shrews bury, Shropshire, Darwin was fascinated by the presence of different species in nature and was always curious to know about them. He used to visit a lot of woodlands and forest areas to discover the natural world.

In 1825, he joined the university of Edinburgh medical school which was the best medical school in the Uk. he witnessed surgeries at his young age and due to the lack of proper medical equipment the surgery used to be so dangerous. Upon seeing this he left studying surgery. He learned taxidermy and started learning about the animals and their evolution.

In 1831, Darwin was chosen as a naturalist in a British Royal  Navy, the HMS Beagle whose purpose was to survey the coastlines of South America and make a map of it. Darwin utilized this opportunity and started studying about animals, fossils and plants.

He spent five years travelling in this ship and explored flora and fauna of various places like Brazil, Argentina, Chile and a small island called galapagos island. He collected a lot of specimens of plants and animals and started studying it.

After 20 years of studying effortlessly he published his monumental work on the book ‘Origin of species by Natural Selection’ in his book ‘Origin of Species.’ He was supported by his young co-worker, English naturalist, Alfred Russel Wallace who had the same idea of evolution. So this theory is Darwin- Wallace theory.

What are his Findings?

He suggested that animals always try to adapt in their environment and try to increase their population. Any species which fails to lose this competition becomes gradually extinct and the one who wins is dominant. There are seven fundamental facts in his theory. They are enormous fertility, survivor number constant, struggle for existence, variation and heredity, natural selection, environmental change, and the origin of species. He said that ‘ due to inheritance the successive generation tend to become more adapted to their environment.’

In order to explain his theory he gave some examples like variation in finches. He found 20 types of finches  on various islands  which were closely related to each other. Probably some species of birds migrated to galapagos island where the birds evolved into different species to adapt in the environment. Also many other examples are sickle cell anemia, resistance of mosquitoes to DDT and extinction of Dinosaurs.

Darwin’s theory was most accepted by a lot of biologists but in due course of time many objections were raised like he didn’t explain the presence of vestigial organs. He explained about survival of fittest but couldn’t explain about the arrival of fittest. He also didn’t differentiate between somatic and germinal variations.

He died at Down House on 19 april 1882. It is reported that he died of heart disease. This great biologist was honoured by burial in Westminster Abbey close to Issac Newton and John Herschel.In the commemoration of Charles Darwin a life- size seated statue of him can be seen in the main hall of the Natural History Museum in London. Similarly the Linnean Society of London has commemorated Darwin’s achievement by the award Darwin- Wallace medal since 1908.

Also check out this wikipedia link to learn more about Darwin and his theory; https://en.wikipedia.org/wiki/Charles_Darwin